[Voices at the sites] The joint effort to protect the environment in Komárom, Hungary through plogging program 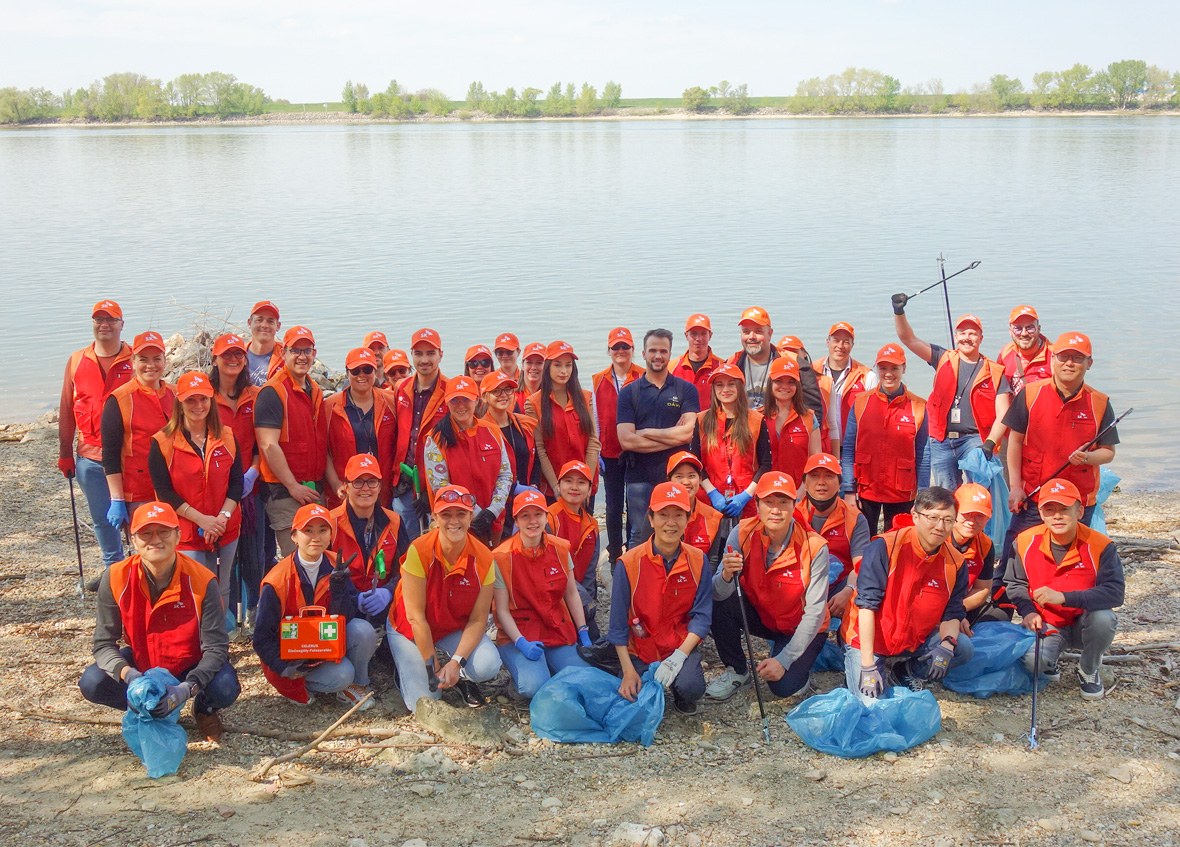 On April 29 (Hungary local time), about 40 members of SK On’s two EV battery plants, both located in Komárom, participated in a plogging event around Banks of the Danube, near the Komárom factories. This event was part of SK Innovation’s EnviRun for the Earth (“EnviRun” in short) Plogging Week, and it was organized jointly with KÖSZ, a volunteer group in Komarom, Hungary. This was also the first time that members of two EV battery factories of SK On joined a volunteer campaign together. Let’s hear what the participants thought about the program and their expectations for the next activity.

KÖSZ is a volunteer group that has been planning and executing a volunteer activity to pick up trash in the Komarom every week. While collecting garbage, we have been doing campaign to reflect on the act of throwing away trash on our own and to raise awareness of environmental protection. In this context, the purpose of KÖSZ’ is exactly the same as the EnviRun Plogging Campaign of SK Innovation.

It was our first volunteer activity to organize picking up trash in collaboration with a company, so we were excited from the preparation process, wondering how many would come and how they would feel after participating the campaign.

In order to teach how to practice environmental protection, we have been conducting volunteer activity mainly with local middle and high school students. However, the success of the action exceeded all our expectations, we would not have thought that about 40 members of SK On would come and take part in the action so actively and attentively.

| Lendvai Melinda, a member of General Affairs Team, SK On

▲ Lendvai Melinda, a staff of General Affairs Team, SK On, participated in the EnviRun plogging program on April 29 (local time)

I have been a member of SK On here in Hungary since 2020, and this is my first participation in a plogging campaign. I and other members have always been eager to contribute to the local community and the environment by participating in meaningful program like this. In fact, we planned to organize this activity in October of last year, but unfortunately, the COVID-19 situation worsened at that time, so we had to postpone the schedule. I am glad that we finally had an opportunity to do it now.

To be honest, at first, I did not think that I would do such a meaningful activity within the company. After joining the plogging event this time, I realized how fun it was to be able to take a walk in a beautiful place while having good conversations with my colleagues and picking up trash at the same time. Also, since I live in another area, I did not have many opportunities to see the surroundings of our company, but thanks to this event, I was able to have a better look at the natural environment of Komárom. All of my co-workers were diligently picking up trash, and the road we passed became much cleaner.

As a member of SK, I felt proud that our battery products are contributing to a more environmentally-friendly consumption, and activities like this plogging campaign is also helping us build a cleaner world. I would like to thank all my colleagues who helped implement this EnviRun Plogging Campaign, and I look forward to participating again next time.