On January 15 (KST), SK Energy announced that the company signed a Memorandum of Understanding (MOU) with KHNP on January 13 at the SK Building in Jongno-gu, Seoul. The purpose of this MoU are: to spread Enerfy Super Station, a business of urban distributed power generation; to cooperate in establishing hydrogen charging stations, and producing/selling electricity and hydrogen; and to promote the eco-friendly hydrogen convergence business that use waste resources.

(*)Energy Super Station: A type of infrastructure for future vehicles that installs electric vehicle (EV) chargers and distributed power generation facilities, such as solar panels and fuel cells, to existing gas stations to produce eco-friendly electricity, and uses the electricity to charge EVs

The two companies plan to utilize SK Energy’s contact points with customers, such as gas stations, LPG charging stations, NeTruck House, and idle national and public land to establish Hybrid Energy Super Stations. Energy Super Station, which produces renewable energy by utilizing existing gas station sites to charge green vehicles, has been in the limelight as a solution for the energy self-sufficiency rate through the distributed power generation, minimization of transmission and distribution loss, and the establishment of a stable EV-charging-station network.

SK Energy has been granted special cases for demonstration of the regulatory sandbox, and, starting last year, the company has installed fuel cells in two SK gas stations in Seoul and produced electricity. SK Bakmi Gas Station, located in Geumcheon-gu, and SK Gaenari Gas Station in Yangcheon-gu have utilized 300kW fuel cells to produce eco-friendly electricity since February and September last year. Moreover, once the relevant regulations are modified such as the Electric Utility Act, the electricity produced by the cells can be directly used for EV charging within the gas stations.

Based on this, SK Energy and KHNP will push forward with the expansion in establishing the Urban Energy Super Stations in Seoul and plan to discover new business opportunities in which KHNP’s experiences and technologies in renewable energy businesses is applied by utilizing SK Energy’s contact points with customers and.

(**) on-site: A system that generates hydrogen and uses it directly for charging.

Head of Sk Energy Solution & Platform Business Division Chang Ho-joon, said, “Through this cooperation, we are going to speed up our efforts to transform existing gas stations into Energy Super Stations to prepare for the age of green vehicles in the future. In addition, we will actively cooperate with KHNP to make a contribution to realize Net Zero as well as vitalize the distributed power generation through pioneering a new energy business.”

Also, head of KHNP New Business Division Jang Pil-ho, remarked, “KHNP will utilize its experience and know-how in various renewable energy business projects to the spread of Energy Super Station, and, with SK Energy, we will do our best to meet the government’s policy for the vitalization of the hydrogen economy and become a role model for following urban distributed power source businesses.” 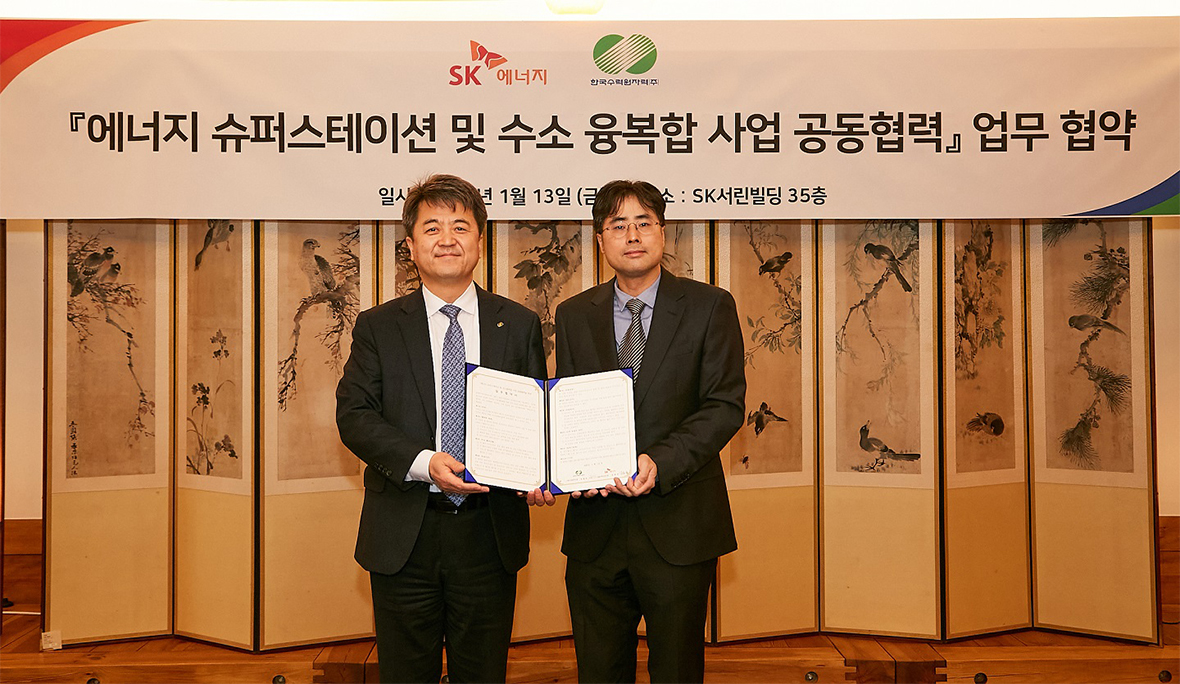 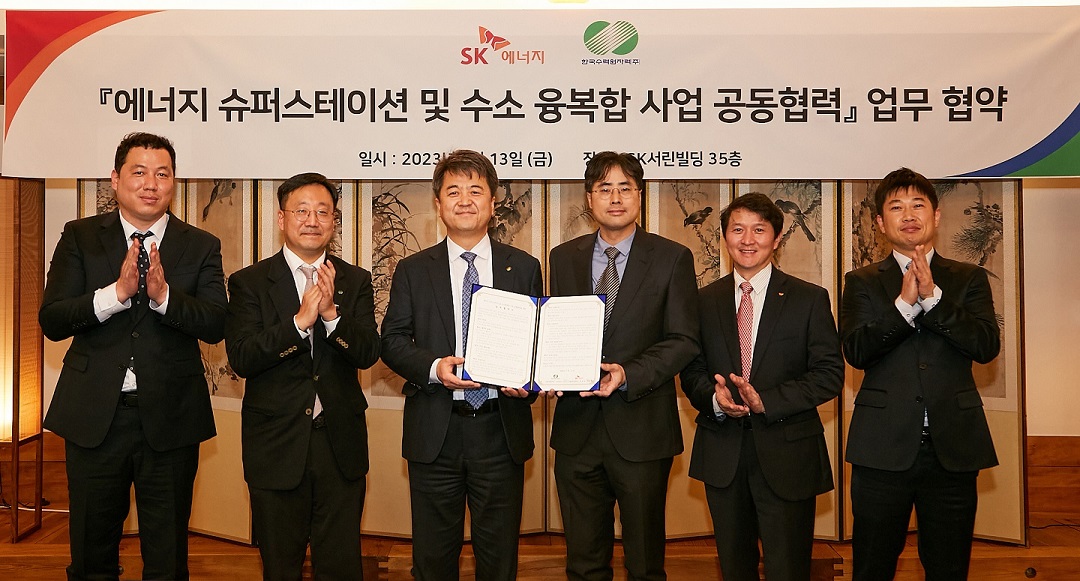