■ To build an advanced recycling plant with an annual capacity of 66,000 tons by 2025 using Plastic Energy’s technology

On the 16, SK Geo Centric (SKGC) signed an HOA (head of agreement) for building advanced recycling (pyrolysis) plant within its recycling cluster in Ulsan with Plastic Energy Limited, the UK-based advanced plastic recycling technology company, in Seoul, South Korea. The signing ceremony was attended by the top management of both companies including CEO of SKGC Na Kyung-soo and CEO of Plastic Energy Carlos Monreal.

Founded in 2012, Plastic Energy is operating two advanced recycling (pyrolysis) plants in Spain, one in Almeria and the other in Sevilla. The company also own several patented advanced recycling technologies in the U.S. and Europe. It is also currently under discussion with several major petrochemical companies to build 5 more global advanced recycling plants.

Using pyrolysis oil, which is obtained by heating plastic waste at high temperature, will help creating circular economy. The methodology is also called “urban oil field” technology as it extracts crude oil from waste such as vinyl.

Demand for recycled plastics is expected to surge due to strengthened regulations in developed countries, such as the mandatory recycling plastics policy. According to the petrochemical industry, the pyrolysis oil chemical recycling market is expected to grow at an average annual rate of 17% from 700,000 tons in 2020 to 3.3 million tons in 2030.

“We are pleased to work with Plastic Energy, who has excellent advanced recycling technique to establish the largest pyrolysis plant in Asia,” said Na Kyung-soo, CEO of SKGC. “SKGC will keep expanding our cooperation with multiple global partners to achieve plastic circular economy,” he added.

“Korea is an important market for advanced recycling of end-of-life plastics. SKGC has a truly unique vision to deploy different technologies to recycle many types of plastic, and Plastic Energy is excited to play a role in realizing this vision,” said Carlos Monreal, Founder and CEO of Plastic Energy. 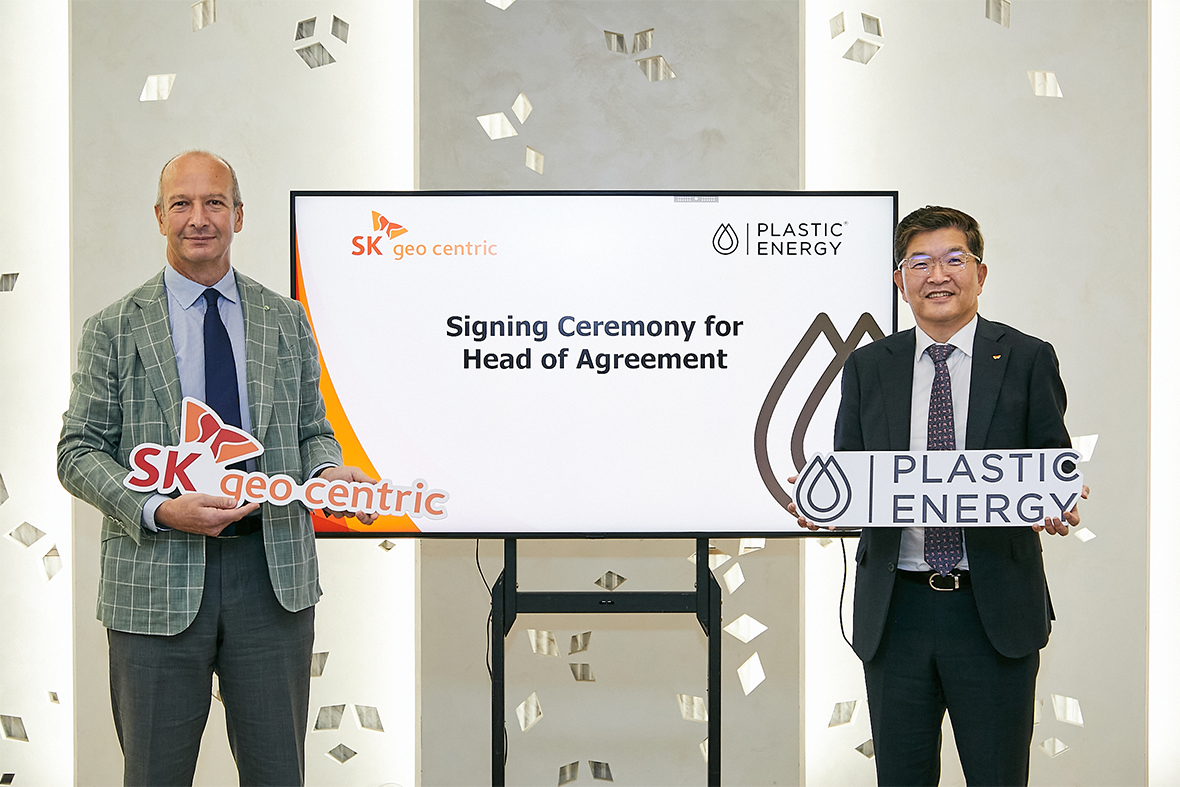 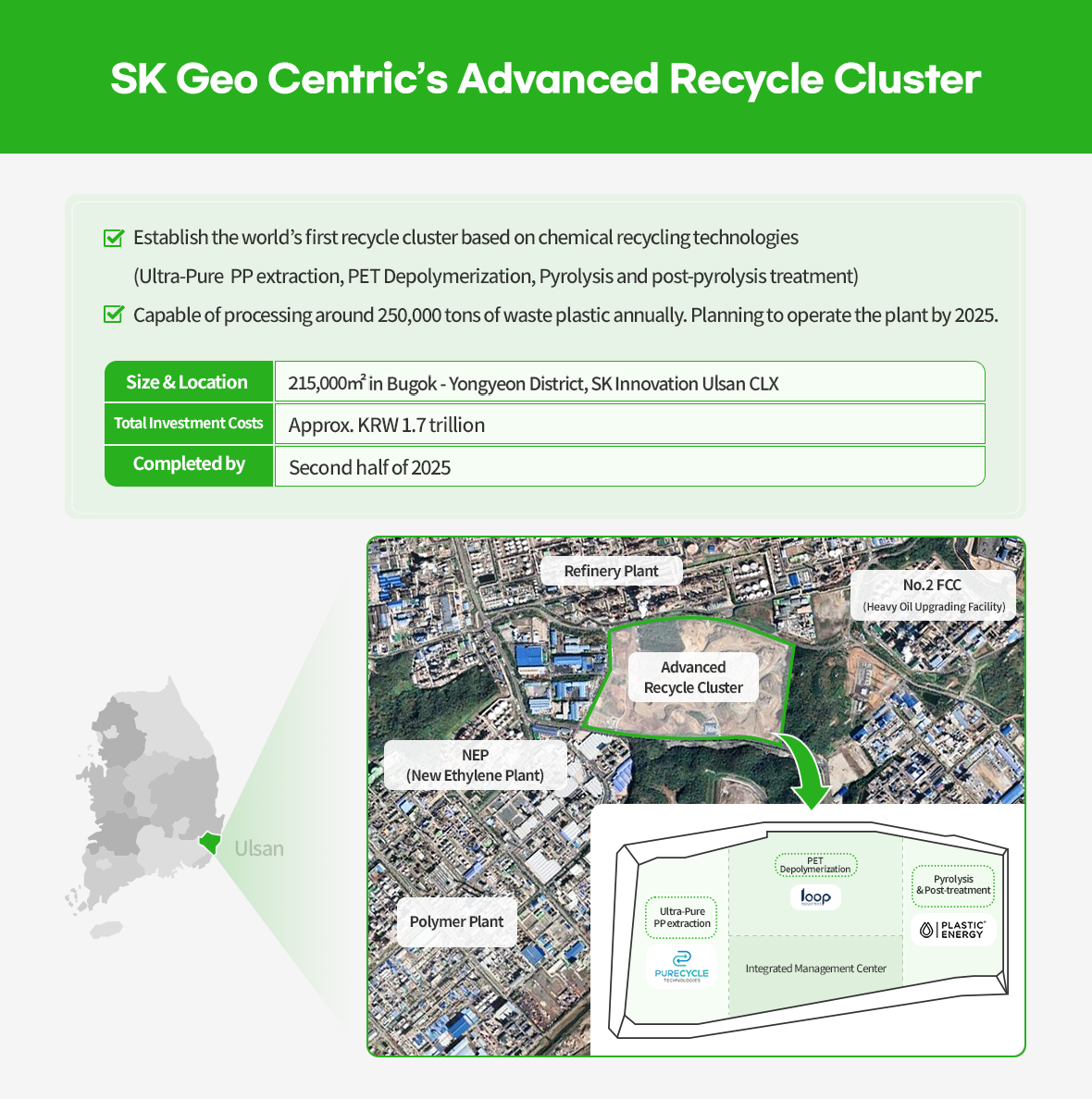 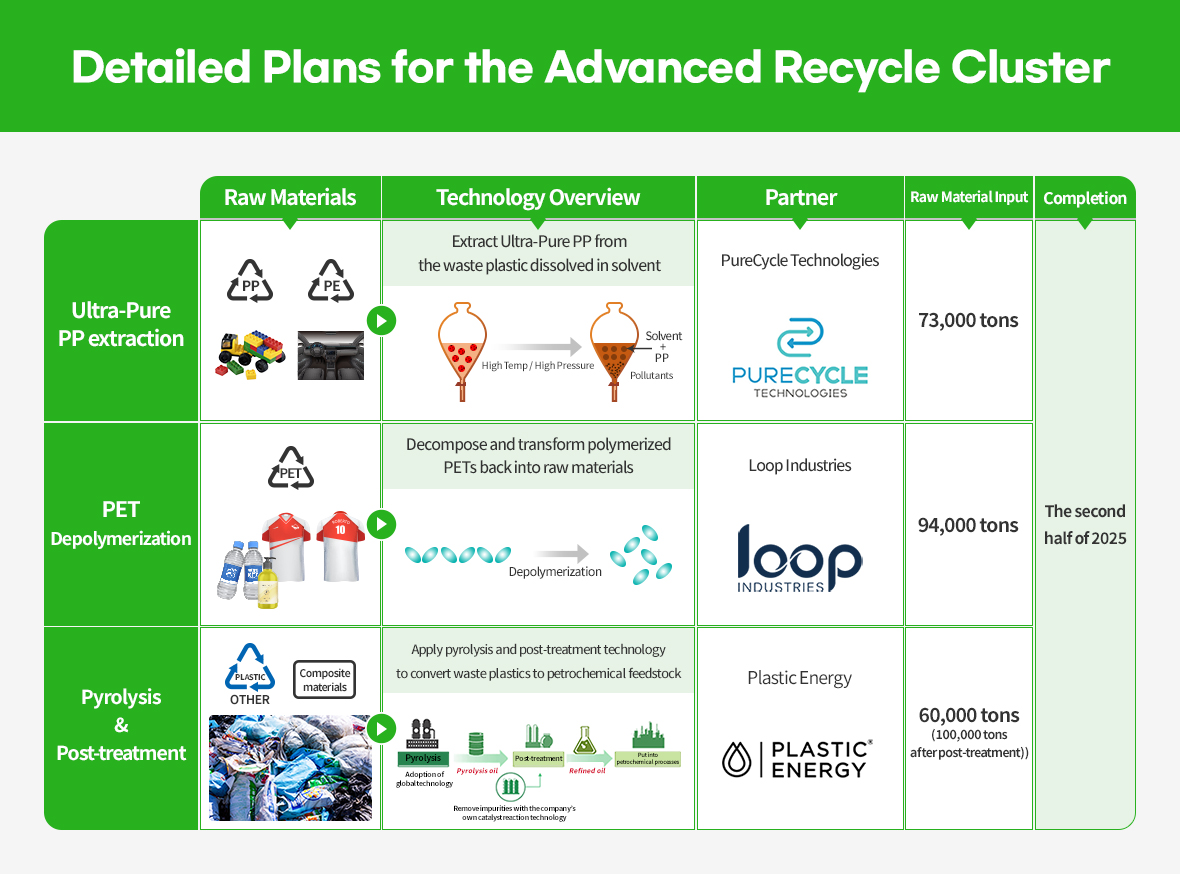