SK On cooperates with Posco Holdings in rechargable battery business

■ Signed an MOU to cooperate in all areas of the business, including raw materials for battery, anode and cathode materials, and recycling

SK On and POSCO Holdings have established full-fledged business cooperation in the rechargeable battery cell business. The puporse of this collaboration between two companies is to establish a joint response system to tackle the current issue of global supply chain.

SK On is rapidly increasing its global battery market share, while POSCO Group has been operating the whole value chain of materials business for rechargeable battery cell, from lithium·nickel, anode·cathode materials.

The two companies signed a memorandum of understanding (MOU) for comprehensive business cooperation on the rechargeable cell business at POSCO Center in Daechi-dong, Seoul, South Korea on June 15 (local time). Jee Dong-seob, CEO of SK On, and Yoo Byeong-og, Head of Green Materials & Energy Business Team and Vice President at POSCO Holdings, along with other representatives from both companies attended the signing event.

According to the MOU, SK On and POSCO will cooperate to jointly discover business projects in the whole value chain, from raw materials for battery, including lithium, nickel, and cobalt, anode and cathode materials, to material recycling.

In addition, SK On shared its medium-and long-term expansion plan on the rechargeable cell production, and discussed POSCO Group’s increasing materials supply to be in line with SK On’s plan.

Once in the top 10 in the global market share in 2019, SK On has recently raised its market share position to the 5th in the world based on its exceptional technological prowess and production capabilities, such as successive development and mass production of the world’s first high-performance high-nickel battery. Furthermore, SK On is leading the future battery market after securing shares of Solid Power, the leading US company for all-solid-state batteries, and having decided to produce the next-generation batteries through joint development last year.

In March this year, POSCO Holdings broke ground for the production plant for lithium, the raw material for the rechargeable battery, in Argentina. Last month, it made an equity investment in Prologium, the Taiwanese all-solid-state battery company. POSCO has continuously enhanced its capabilities in the rechargeable cell business as it established the solid electrolyte production company POSCO JK Solid Solution early this year.

“When a synergy effect is created between POSCO Group’s competitive capabilities and infrastructure and SK On’s technologies, we can reinforce the competitiveness of South Korea’s battery business. Through active cooperation, we will contribute to upgrading the status of South Korea in the global electric vehicle market to a higher level,” said SK On CEO Jee Dong-seob.

Yoo Byeong-og, Head of Green Materials & Energy Business Team and Vice President at POSCO Holdings, mentioned, “I am looking forward to raising the competitiveness of Korea battery business to a higher plane through the business cooperation between us, POSCO Group, which possesses strengths in rechargeable cell materials, such as lithium, nickel, and anode and cathode materials, and SK On, which has been increasing the market share of the electric vehicle batteries.” 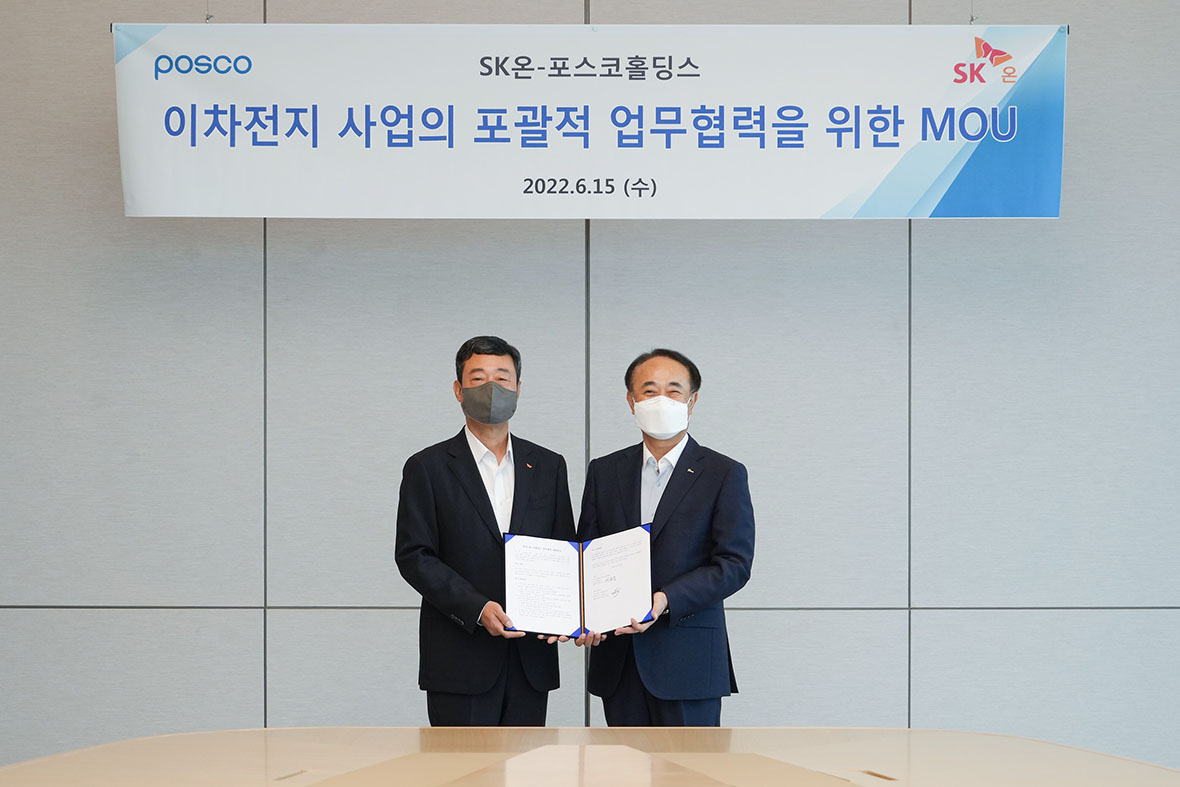 (Photo 2) CEO of SK On Jee Dong-seob (fourth from left), Vice President of POSCO Holdings Yoo Byeong-og (fifth from left), and other representatives from both companies pose for a group photo after signing a MOU at POSCO Center in Seoul on June 15 (KST). Photo provided by POSCO Holdings. 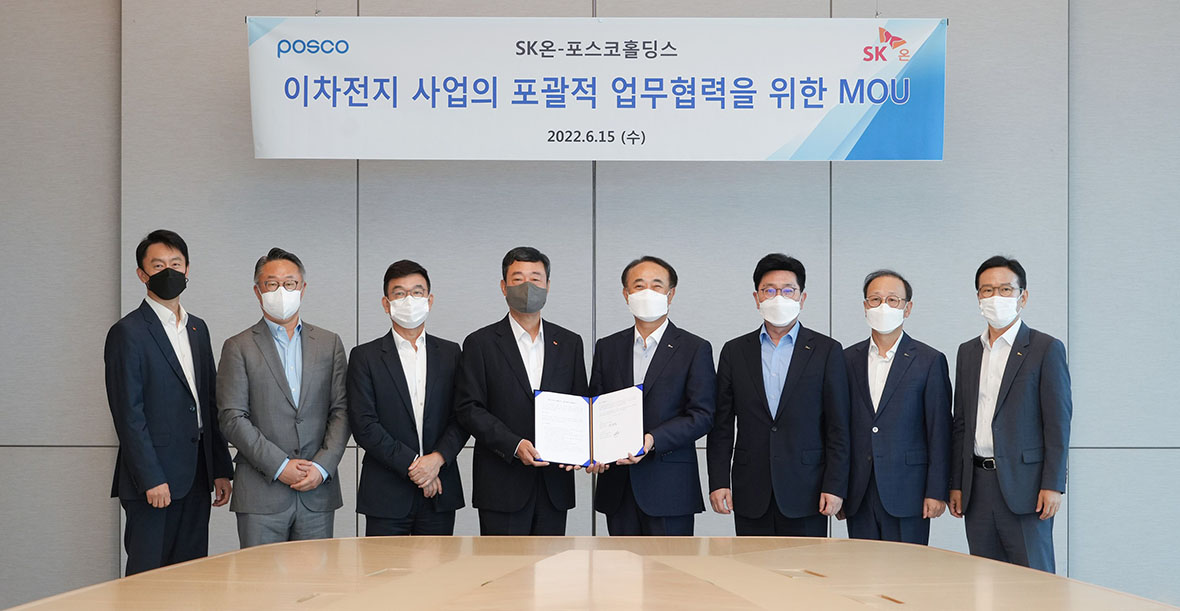